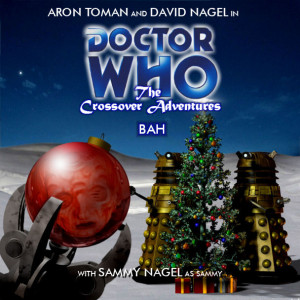 ‘An enemy has emerged in this area, after a weapon the TARDIS has never heard of, with apparently unlimited power…’

Still yet another special Christmas adventure, this time produced by DAM Productions, with a special guest appearance of Aron Toman as the Doctor.