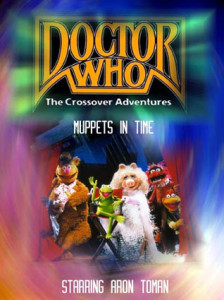 The Doctor accepts an invitation to become the special guest on a stage show that features the weirdest ‘things’ in the universe – The Muppet Show!

Kermit the Frog begins to host a very interesting show, but the Time Lord is quickly dismayed as a bunch of old ‘friends’ appear on the scene and start to annoy a certain Miss Piggy…

Doctor Who © British Broadcasting Corporation.
The Muppets © The Walt Disney Company
No copyright infringement is intended.