Dimensions of the Doctors 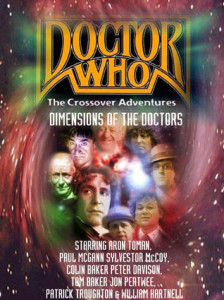 ‘Your arch enemy, the Master, has taken all your other selves out of time. You must rescue them!’

All is not well in the universe. The Master, using some powers given to him by the Black Guardian, has captured the first eight regenerations of the Doctor, and plans to move onto the rest of the universe.

However, all is not lost, The White Guardian has called in the help of the most recent incarnation of the Doctor as well as several companions that continually change places with each other, plus two interesting legendary heroes…