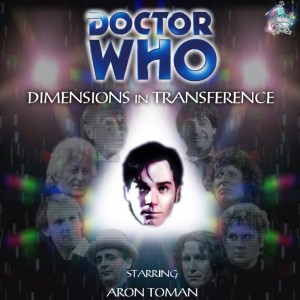 ‘Come on, we’re six years on now, surely we can do something better than that?’

The far future: The Doctor defeated the Black Guardian’s plan to use the Master to kidnap and destroy most of his previous selves, with the assistance of the White Guardian.

1912: Astra, while chasing the goddess Callisto, lands on Titanic, and meets up with her new travelling companion, the Doctor.

1998: The Doctor and Astra successfully convince Buffy the Vampire Slayer not to kill Count Duckula, the infamous vampire duck.

Christmas: Astra’s Computer’s misguided attempt to celebrate the holidays results in the TARDIS being invaded by an army of singing monsters.

Today: Who’d have thought, the Doctor and Astra would get to revisit all that again…

Celebrating six years of Crossover Adventure madness, this special anniversary episode revisits almost every single Crossover to date in a nostalgic trip through the past. Enjoy!